+ The History and Origin

The fruitful Journey of DFF 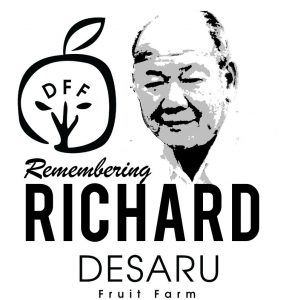 “The story behind Desaru Fruit Farm”

Richard started working since the age of 12 so to help with contributions to upkeep the family, and his first job was selling ice-cream. He later went on to becoming a rubber tapper and lived in the estates, working with the Indians, where he learnt to speak Tamil. It was very tough work and he persevered till he reached 21 and moved into tailoring apprenticeship with his younger brother in Singapore. That was the period where he met his first love Alice Thong and the woman that he eventually married and bore him 5 children (3 boys & 2 girls).

After 1 and a half years of apprenticeship, he mastered the skill of tailoring and started his own independently as a ‘piece-worker’ for other tailors.

Richard got married with his first love in 1977, and they both worked very hard together since then. After giving birth to the first 2 children, he set up a factory which wasn’t successful.

In 1984, an opportunity struck by for Richard to setup a stall in a Cinema located at Holiday Plaza (JB). They started a snacks & fruits stall and Cindy their 3rd child was born that period.  Lives begun wholesomely from then on and the last 2 child were born.

THE STORY BEHIND DESARU FRUIT FARM

It all started when they had their first overseas family trip to Thailand in 1993/4, where they visited a plantation, and the idea of owning one was triggered by Madam Alice Thong (aka Mrs Er).

Right after they returned, Richard started exploring lands and there he founded the perfect spot in Desaru. It was just a humble orange orchard which housed some plantations, covering merely 45 acres. The lease was signed on   1994, and the fruitful journey begun.

They first expanded the land and started planting fruits such as rose-apple, jackfruit, guava and few others. He then set up the fruit stall along the main road just outside of the farm with just 1 umbrella and a few baskets of oranges. The stall got so popular amongst the locals and he further expanded to 4 umbrellas. Subsequently it became a 2000sqft permanent stall built-up which still stands today along the main roadside and a popular stop-over for many regulars to get their daily supplies of fresh and organic produce, and even chilling there at the al fresco. That was also when Richard got his 2nd youngest child, Steve Er to travel down to Sungei Ringgit to invite tour guides who were at some famous seafood restaurant to stop by their stall.

This strategy worked out very well and it lasted for 4 years till they were asked to seize business due to the said land is not permitted for commercial purpose.

In 2001, that was when Richard introduced the fruit farm tour for tourists. That became very popular and inspired Steve to further enhance the business by setting up their own travel agency locally and an office in Singapore (located at Changi Ferry Terminal).

Soon after, bought their own fleet of omni-buses and coaches, and even setup a retail store & a restaurant within the farm. These became very very popular amongst the tour industry.

In 2012, Richard came up with new ideas and directed to convert the farm into a more interesting venue with recreational activities than just fruits. Thats when paintball was introduced, go-karting and a ‘high ropes’ element was built for team-building and that got extremely popular amongst corporate entities, which attracted many NMCs & SMEs which includes Singapore’s biggest telco company, Singtel in 2011 (with a group size of over 2,200pax, again in 2012 (we took the group to Melaka), and subsequent years. Till date, Singtel and many others still remain as our loyal clients and we are always innovating new ideas and destinations for them.

And from then on, DFF brand became more and more popular amongst the development and it’s Hotels namely Hard Rock Hotel, The Westin, Anantara, and One & Only. Today, DFF Tour & Travel has evolved to be a tour & travel partner, exclusive VIP limousine service support, also covering M.I.C.E., events management, even supplier of AVL (Audio Visual Lighting), decorative and other logistic supports. Please do explore www.dff.world and follow us at https://www.facebook.com/dffworld/.

We like to thank everyone of you who have been part of our family in anyway or other. We also hope that you’d enjoy and will continue this fruitful journey with us!

From the bottom of all our hearts at Desaru Fruit Farm, thank you!

Discover The Wonders Through Your 5 Senses
The journey started with a guided farm tour to 180 acres, natural tropical fruit land, visit to agricultural gallery, fish pond and vegetable and herb garden. Children also visited the petting Zoo and had an educational talk on bees and the opportunity to taste local raw honey. Breakfast, lunch and dinner were fully provided for.

Our partners and sponsors 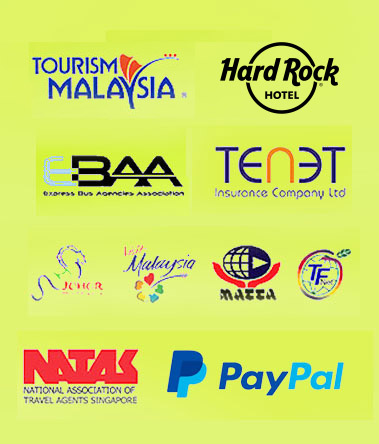 Chat with us, ask us anything!